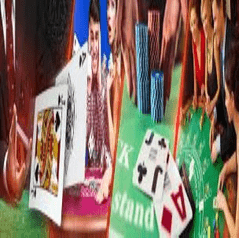 Blackjack is amongst the world's most popular casino games across the globe. Therefore, it doesn't come as a surprise that different variations have been developed over the years. Some of these have stuck around while others have gotten lost along the way.

Note that the basic rules are the same; however, there are just enough distinctions to set each blackjack game apart. It's important to mention that when playing online, you have two options - video and live blackjack. The video version uses computer-generated cards, while you play against an actual dealer in a live version. The following types are the most common today, which you're bound to stumble upon on various betting operators.

This is the classic game known to all gamblers also referred to as 21, and it is quite popular around the world. The main objective is to beat the dealer - attain a card value of 21 without 'busting'. It comes with pretty simple rules thus suitable for beginners.

This particular variation is played with 2 decks of cards and has few player-friendly rules that include dealer's stand on soft 17 and few decks for the game-play. Here, the croupier cannot check for blackjack until a player has played the entire hand. Put simply, gamblers stand to lose more money if they split or double during the hand.

In this blackjack game, you use six or eight decks. All the 10 value cards are removed from the 52 cards, so you remain with 48 cards to play with - this results in a higher house edge. However, the variation has some player-friendly rules that make up for that such as doubling down after surrender and late surrender. Actually, Spanish 21 is among the games that are offered in live casinos and come with varying rules.

Players use 8 decks in the blackjack variation. Here, a dealer can peek at their hole card as well as stand on a soft 17. You are permitted to re-split up to three hands, which could be quite helpful for you. Additionally, late surrender and insurance options are available. 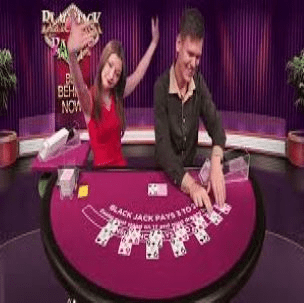 This is one of the interesting variations, where players are dealt two hands and are allowed to switch the second cards in each hand. This gives the player a major advantage but the house has a way of ensuring it remains ahead by twisting the rules a bit - A dealer's total of 22 points is considered a push or a tie. Also, hitting 21 pays more.

It's one of the commonly played types online. It makes use of 4 decks and the croupier is allowed to look at his hole card. Also, the dealer has to stand on the soft 17 not to mention that doubling down is permitted after splitting the aces. Moreover, you can re-split your cards up to 3 times.

This particular blackjack game is similar to Spanish 21. All the 10s are omitted and your dealer begins with both hole cards facing down, so players are somewhat in the dark. Nevertheless, the betting house makes up for this by offering 2:1 payouts instead of 3:2. It is important, however, to keep in mind that the dealer wins all ties in this variation. Read our homepage for more info.